What is the Singers Biggest Mistake?

So there I am, sitting in the Judge's Seat and the next singer gets up. Amazingly, she makes the #1 All-Time Singers Biggest Mistake!

I say "amazingly" because I've heard 50 singers so far and nearly ALL of them have made this same Mistake!

(If you had to guess what the #1 Biggest Mistake was, what you would come up with?)

Since you are a singer yourself, you've probably been around other singers a lot. You've watched countless singers live and on camera.

As a singer myself I've certainly made plenty myself, so I feel them in my bones and I'd probably be tempted to just blurt them out as a cleansing confession. They say that when you criticize someone else, you should take it as a hint that you're probably guilty of that same thing yourself (and I believe it).

So what are the possible Singers Biggest Mistake guesses... 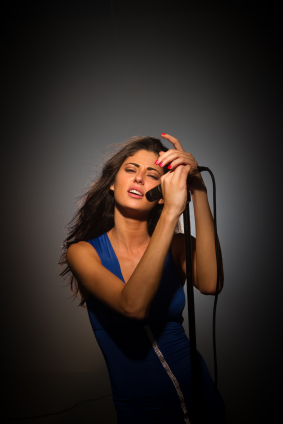 I might be tempted to say the biggest mistake is singing out of tune, since that's what most NON-singers can detect easily. That's the one thing that can cause an audience to stop enjoying and start jeering.

I conducted these Talent Searches around the country for years so I got to see a lot of "mistakes" and I had to pay close attention to exactly WHAT those mistakes were since, as a judge, I had to produce a written critique for every singer I heard.

Believe me, there were several VERY common (oft repeated) mistakes. It seemed like the same few would show up on almost every critique I wrote.

And singing out of tune was more common than I would have predicted.

But that wasn't the Biggest.

Another common mistake was simply not smiling at the audience. It was amazing (yet perfectly understandable) that 95% (maybe more) of the singers would take the stage and either frown or deadpan their way through their entire song.

Sometimes, I'd watch a singer come to the stage, grab the mic, look up at the audience and flash a big, AMAZING smile. It would beam out and capture our hearts!...

Then the song would begin and that smile would just disappear as they mentally "got down to serious business."

"...It's like the sun goin' down on me..." As an audience member, I felt like I'd been ripped off when they took back that beautiful smile.

But that was not the #1 Biggest Mistake 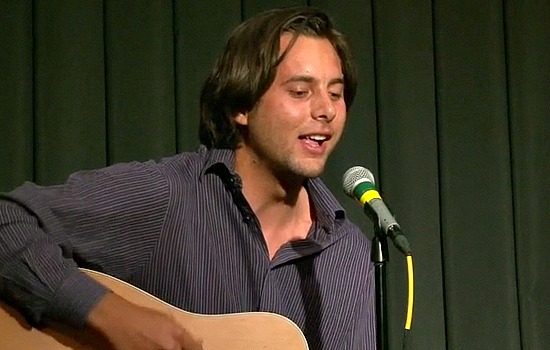 There was another Mistake, about as common as theno-smile, "I'm nervous" expression on singers' faces, and it was just as simple...

No eye contact. Probably as many as 90% of the singers would get in front of the audience and sing through the entire song with their eyes closed!

As you read this, you instinctively know why they did this and you probably even sank down in your seat with a little shame because you know you've done it yourself...busted!

*The Talent Searches I did were all in churches. The singers were singing songs about God, so another 5% would look upwards, over the audience's head, still avoiding eye contact.

There was another small percentage who wanted to make eye contact, but did the "sweeper" method. Just looking in as many directions as they could.Unfortunately, this made them look like a caged animal.

Any way you cut it, you cut OFF your audience from any personal connection with you if you don't make good eye contact.

**By the way, I'll share a simple secret for establishing great eye connection with your audience near the bottom of this email...so keep reading. 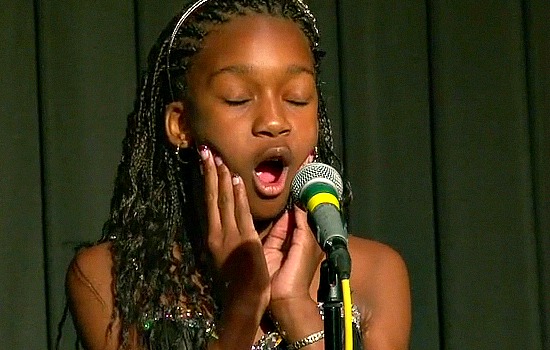 Almost as common, but not quite, was the singers' tendency to reach the mic, plant their feet, lock down, and not move a muscle the entire time the song played.

It may seem like the thing to do at the time (so you don't trip, faint, or throw up), but it makes the audience uptight when they watch you being uptight.

So what does that mean? Audiences may not know if you miss a note, or even forget a lyric line, but they INSTANTLY know if you're nervous.

They know this because of something called "empathy." They see a nervous singer, and they instantly get nervous FOR that singer.

Of course, then they sometimes resent the singer for MAKING them nervous.

Remaining motionless onstage is a sure sign of being nervous. The audience doesn't REQUIRE that you dance or follow any particular choreographed movement. But they DO know when they see someone standing stiffly that the person is usually uncomfortable.

That's a big mistake, but it's not the BIGGEST.

Hey, we here at Singing Success teach singers how to sing with great technique so they get the most *voice* from their voice. Maybe the biggest mistake is using bad technique!...

No, that's not it either.

Although that was very common from what I saw. Singers would often sing songs that included notes beyond their usable range.

It made the audience cringe! They'd get to that high note and just fizzle out into an airy falsetto. Or sometimes they'd muscle through by yelling, often causing them to sing flat.

"Ok, Ok, enough already, Morgan! Tell us, what IS the #1 Singers Biggest Mistake?"

Alright, I'll tell you by starting with my favorite singer's joke to reveal the answer to this question.

Q. How many lead singers does it take to change a light bulb?A. It only takes one...They simply hold the light bulb up and the world revolves around them.

The #1 Biggest Singer's Mistake is Attitudinal...
It's Thinking That the Audience is There for YOUR Purposes!

Self Centered (also sometimes known by it's milder name, "Self-Consciousness") is the biggest mistake a singer can make. Remember about audiences being *geniuses* when it comes to human beings?

THEY KNOW WHETHER YOU'RE FOCUSED ON THEIR ENJOYMENT OR NOT! THEY CAN TELL IF YOU'RE USING THEM FOR YOUR OWN SELFISH ENDS.

If you think back through all these other mistakes, you'll see that most of them actually stem from this one BIG mistake.

Not making eye contact comes from the desire to protect your-self. You must open yourself up to the audience...entrusting YOUR fragile ego to THEIR fragile egos.

Think about when you meet someone who just CANNOT look you in the eye. You instantly distrust them. You think, "What are they hiding?"

If you're a cute girl and you meet a cute guy...if he can't look you in the eye, it doesn't matter HOW good looking he is...your "emotional-baggage-meter" starts screaming, "Warning! This guy doesn't have the confidence to maintain a relationship!"

You've probably learned to cut the conversation short to save yourself from wasted effort. Remember this when you think about singing.

The answer is; to FIRST, get outside your skin and think like the audience. Then, make a point to train yourself...force your-self to make eye contact while onstage. But how?...There's only ONE of you, and 50, or 200, or 2500 of them!

Break the audience into 6 (or sometimes 9) blocks...3 across the front (Left, Center, and Right), then 3 across the back, then 3 more across the balcony (if there is one). Then pick ONE person in each to represent that zone. Sing pieces of the song to JUST the individual representatives of each zone.

Sing a couple lines to one, then move to the next, looking lovingly into each representative's eyes.

Strangely, everyone in their section will feel as though you are making intimate eye contact with JUST THEM, instead of the person you are really looking at. And by the way...

Don't forget to SMILE at your representatives. They don't need a weird grin...they just need a smile that says "I'm enjoying this...I'm very glad I get to sing to you. I like you."

If you're self-conscious, you won't be able to do this. Instead, you'll be too busy in thought, carrying on some nervous inner dialogue with yourself..."Do they like me?...I don't know, I sure don't like me...Well, do I look OK?...I don't know, *I* sure never liked the way I look..." and your face will show it.

Instead, ask "Will I let myself love these people?" It's very important that you get past your own issues so you can answer with a great big "YES!"

Standing as still as a stone also comes from nervousness. Again, it is just more of the same...SELF-consciousness.

It's human nature, but it's still a WRONG TURN. As counter-intuitive as it is, you must get this right. If you don't replace those selfish priorities with a self-less aim to love and serve your audience, they will withhold what YOU want from THEM.

Even the idea of bad vocal technique is connected

Imagine chatting with the doctor who's about to operate on your intestines. You make friendly conversation, "Tell me, Doc, where did you go to Med School?"

"Oh gosh, I didn't go to Med School. Are you kidding? It was so darn expensive and I figured 'hey, I'm a talented guy,' and besides, I didn't want them messing with my natural abilities...Now lie back and count backwards from 100 for me..."

Don't you feel secure now, knowing you're in the hands of one of the truly talented ones?

I've heard this same speech from MANY singers. They didn't need anything but their own talent (and of course, my approval). Their technique is limiting their ability to serve an audience, but they are too into themselves to see it.

Watch American Idol and you'll see the same thing..."I don't need your criticism or your blankety-blank help...I KNOW I have talent..." All the while, the audience is thinking "You MUST be on some serious medication if you think you don't think you need any help with your voice."

As you know, that's what our company does. We help singers with their vocal technique and style.

We get to teach some of the best singers in the world. But we still come across the stubborn.You can lead a singer to water and they may never see the need to drink.

If you have wondered whether it's worth the effort and expense to improve YOUR vocal abilities, please...

Think of your next audience.

Professionals have learned to "get on the other side of the speakers" and see the needs and wants of their audience. I urge you to do the same.

May you get out of your own skin this week.